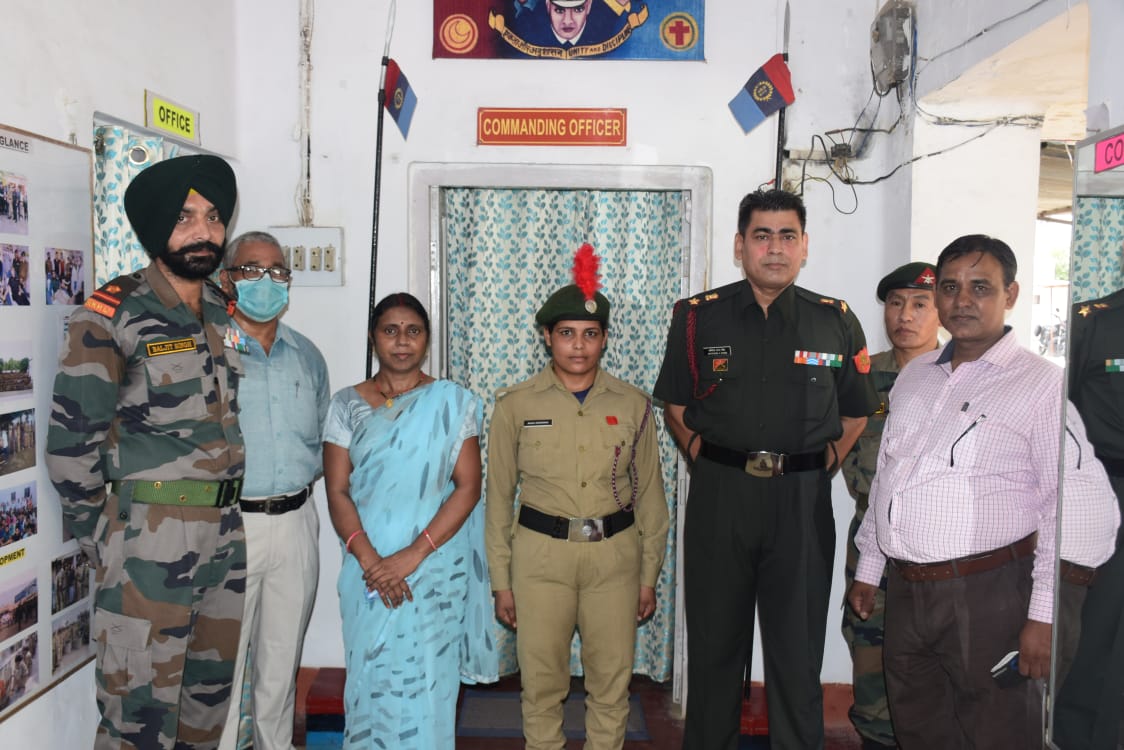 Cdt Anjali Khuswah hails from a small town, Faizalnagar, Deoria, Uttar Pradesh. She is an NCC cadet from 49 Bn NCC, Deoria, NCC Gp HQ Gorakhpur, UP Dte. Like any other day on 9th Dec 2019, Anjali was on a morning run and she spotted a gold merchant who was shot and gruesomely hurt beside the road. He was attacked by miscreants due to unknown reasons. At a young age instead of getting panicked and running away from the crime scene, she showed extreme valour and courage. Due to her presence of mind and compose demanour, she could tackle the situation in a very efficient manner. She not only informed the local police station but also helped the victim to avail of first aid, as a result, the victim was saved.

For her extraordinary sense of responsibility, courage and for setting an example for the young generation she was recommended for the Raksha Rajya Mantri commendation card, by her NCC Battalion. On 7th June 2021, she was awarded RRM commendation card and medal. Kudos to the brave heart.