CAN A BOY AND GIRL BE JUST FRIENDS? 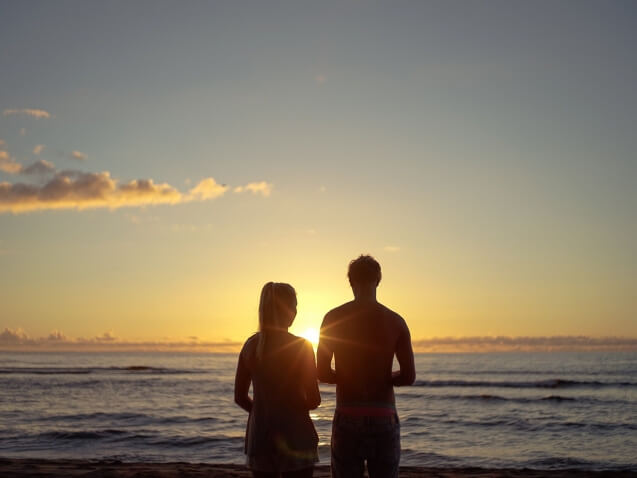 Ankit shhhed her and hid the book hurriedly, “What a snitch you are yaar!”

“I am no snitch. I am just being a good friend and helping you study for your boards.”

“Oh crap! Helping me? You were a telltale since childhood!!” sneered Ankit.

Ankita rolled her eyes and made a face at him.

Ankit blew his horn again, “Ankita!!! Hurry up, we are getting late for college!”

Ankita looked beautiful in the pink chikan work suit, “How am I looking Ankit?”

Ankit put his two fingers in the mouth and acted as though he would puke. Ankita hit him hard on the helmet, “Let’s see who will get more roses today, you or me?”

Ankit kick started his bike, “I don’t believe in this rose day vose day. So, I don’t care.”

Ankit and Ankita’s parents were close friends, partners cum neighbours. They had their child a few months apart and gave them similar-sounding names. In school, friends had initially mistaken them for twins. Ankita used to hate being called Ankit’s sister. She felt if she had a brother he would have been loving and caring and not a jerk like Ankit. And the feeling was mutual. But no third person could take advantage of this situation. They would draw their swords out to injure, maim and massacre anyone who tried. You could say they had a love-hate relationship. In spite of whatever they showed to others, they cared for each other deeply and valued each other’s opinions and advice.

They knew each other’s likes and dislikes, temperaments, emotions, and feelings very well. So, it was not a surprise when their parents decided to bring them together in the nuptial knot.

“What the ****! You must be out of your senses mom to even think of this proposition. I am really sorry uncle and aunty. I just don’t see this working at all,” said Ankit.

Ankita added, “Yes mom, Ankit is absolutely right. We are sorry if we gave this impression that we would be interested in each other. Can’t a boy and a girl be just friends?”

“Of course you can be friends beta. You both know that we were also college friends who took the plunge. And see how happy we are. In fact, we see ourselves in you both; you guys are together from morning till night doing everything together. Is there anything at all that you guys don’t share with each other? And do you think it will be possible to do the same after marriage?” asked Ankita’s mom.

“Just because we share things doesn’t mean we want to share our lives aunty!” said an annoyed Ankit.

“Ankit, our society is not ready yet for friendship between a man and a woman,” pacified Ankit’s mom.

“Aunty, forget the society, Ankit and I have our own ideas about how our spouses should be and let me assure you, we don’t fit the bill.” Ankita suppressed a smile and continued, “And my deepest sympathies to you Ankit as I don’t know if you would ever be able to find a girl for yourself.”

“So, we go ahead and say ok to this alliance? Are you sure you like this girl?” asked Ankit’s mom. A common friend had brought this alliance for Ankit. Last fortnight they had finalized on Vikram for Ankita. However, they had not decided on the marriage date as Ankita had insisted on marrying on the same day as Ankit. Vikram knew that both Ankita and Ankit were good friends, but Ankita wasn’t sure if he knew how close they were.

Deep in her heart, Ankita had her apprehensions and she shared them with Ankit.

“You are saying you don’t want us to be friends anymore??”

“No way, Ankit. I didn’t say that. I just feel we need to have a little chat with our would-be partners and see where they stand on this.”

“And even if one of them is not comfortable, we go our separate ways Ankita?”

“Ufff yaar, tumko samjhana is like banging my head on the wall. All I am saying is we need to give them a chance to understand our relationship. It’s not going to be easy for them also right? Imagine, if your would-be wife had a friend like this, wouldn’t you prefer if you knew about it?”

“For all, I care she can have ten such friends!!” said Ankit.

“It’s easier said than done Ankit. We are the bestest of friends and will remain so. But now that we are getting married there is bound to be certain changes. With every relation comes certain responsibility which we cannot wash our hands from. I feel all four of us should spend some time together to try and understand each other.”

“Hmmm…… ok. So, this weekend we make it a double date! But do you think we can explain ourselves in just one meeting?”

“Of course not, Ankit. It may take a while. But, let’s make a beginning and show that a boy and a girl can be just friends.”

Ankita picked up a silk tie for Vikram. She didn’t want to go empty handed for her first date, rather double date. And she insisted Ankit should also pick up something for Mrunal.

“Since you are the one who keeps yapping, I let you take the mantle today. I am going to just agree to whatever you say,” stated Ankit.

Ankita chuckled, “so you agree that I am the one capable of handling this situation?”

At the restaurant, after exchanging pleasantries, Ankita delved straight into the topic. She forgot all the prepared speech and just rattled out everything that she had pent up inside her. She explained how Ankit and she have been friends since childhood and how important they were to each other. She was also quick to add that they understood the institution of marriage and the meaning of a life partner and their standing. As she went on, Ankit didn’t utter a word. He just nodded his head and sprinkled a “Ditto!” now and then.

Vikram watched in awe at Ankita’s animated monologue. He loved the way she clarified things. He smiled inwardly thanking his stars to be the chosen one for Ankita. When Ankita was finished she looked at Vikram and Mrunal’s reaction. Vikram took Ankita’s hands into his and gave it a tight squeeze.

All three of them turned towards Mrunal, she cleared her throat, “Oh, I didn’t realize I was supposed to respond. I am very much in as long as Ankit will keep nodding his head and say ditto to whatever I say!!”

It took them just a fraction of a second to understand and they all burst out laughing.