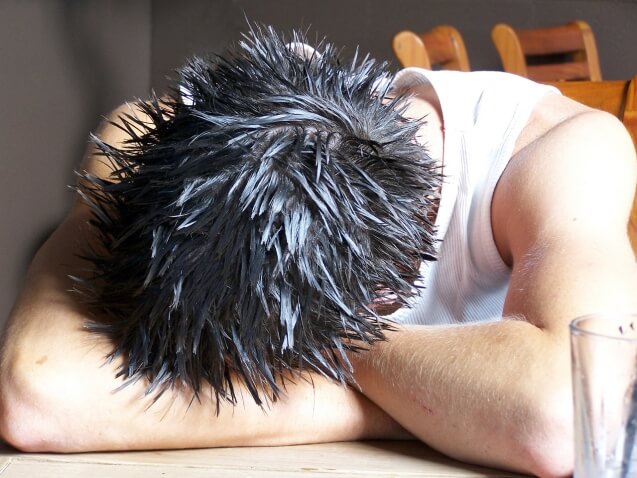 “Hey hi Sumi! Going for the PTM I suppose?” asked Nita. Nita stayed in the same colony as Sumi and their children also went to the same school. “Huh what?” Sumi fumbled for a second because Rohit had not told her about the PTM. But obviously, she couldn’t say so to Nita. Instead she said, “Yeah yeah. I was just waiting for Vineet. I guess he is stuck up in some work.

“Just don’t worry. I am going now, we can go together,” offered Nita.

“I am telling you Vineet, something is amiss. The boy who scored a GPA of 10 in tenth board exams cannot be suddenly dropping to C grades. And he hadn’t even told us that the PTM was scheduled today,” added Sumi.

“Don’t over think everything Sumi. Every child goes through these phases,” reasoned Vineet.

But Sumi was not convinced. She knew something was wrong. Her motherly instincts were blaring the danger sign and she decided to keep an eye on Rohit. Over a period of time she noticed that Rohit had become moody and irritable. At times he would tell them that he was going to a friend’s place to finish a project but would conveniently avoid giving any contact number or address. Once, when Sumi tried pestering him for it, he became very aggressive.

She decided to find out what’s going on behind that “Keep Out” sign on Rohit’s room. Rohit was fiercely protective of his privacy. But Sumi was now concerned and convinced that something was indeed going wrong. Her search yielded small packets of something she had no clue on. But the fact that they were ingeniously hidden was a matter of concern. When she showed them to Vineet, he was shocked. He wasn’t ready to come to terms that his son would resort to drugs.

On being confronted with the Drugs, Rohit was furious that they had searched his room in his absence. Later, he insouciantly accepted that he had been taking drugs for about eight months now. Initially, they were just an innocuous weed borrowed once in a while. Sumi was shattered when Rohit confessed to have now graduated to a regular user. Sumi suggested meeting a counselor or getting him treated at a de-addiction center. But Vineet wasn’t keen. “Why wash our dirty linen in public? I am sure we can manage it themselves,” was all he would say.

Sadly, he couldn’t have been more wrong. Things were getting from bad to worse. Rohit had started losing a lot of weight. His mood swings had become frequent and his aggressiveness had reached a point of inflicting self- injury. He wouldn’t even acknowledge his parents. He started spending more and more time with his friends. The only person he would talk to at home was his little sister Neha.

“Rohit, just listen to me once. Please come with us for dinner,” pleaded his mother. It was his birthday and Sumi had made elaborate plans to make it special for him. Vineet had at last agreed to take Rohit to a counselor. It was better late than never. Sumi could see a tiny flicker at the end of the tunnel for her son. But her pleas fell on deaf ears as Rohit took the keys to his bullet and left, slamming the door shut.

Today, his group was getting together at Anish’s farm house to celebrate his birthday. Anish had promised to get some absolutely pure cocaine and Rohit did not want to miss it. The cocaine was a total bliss. He couldn’t stop himself from trying more doses of it and didn’t realize when he conked out.

When Rohit woke up it was already afternoon. Though he had been out with his friends even before, he would always be home for the night, albeit late. He knew his parents were going to be wild at him. Who knows they might have mustered up a search party. He grinned at the thought.

But when he reached home, he was baffled with their reaction. Sumi was distraught and eyes were all puffed and red. “She must have been crying up the whole night,” assumed Rohit. Vineet was also surprisingly quiet. He didn’t utter a word. “Must have given up on me,” thought Rohit. What surprised him was his sister Neha’s stoic silence. “Oh yes, here is the search party!” chuckled Rohit on seeing the neighbours.

“Come on guys, I am back. You can all go back to minding your own business,” yelled Rohit. But nobody was paying any attention to him. It was like they were collectively ignoring him. That is when he noticed that they all seemed to be looking in one direction. When Rohit turned to see in their direction, he saw himself lying dead due to a drug overdose.

Today, more and more youngsters find themselves addicted to drugs than before. About 20% of the drug addicts in India are below 21 years. On an average at least two people die every day due to drug related issues and about 10 suicides are recorded due to drug or alcohol addiction. The scientific explanation for drug abuse by youngsters is that they choose rewards before considering the consequences.

It starts of innocently, may be, to satiate the curiosity or due to the worrisome aspect of sheer peer pressure or to deal with stress. As the children grow, the parent’s influence diminishes and peers have a stronger hold. So, it becomes all the more important for parents to look out for signs that indicate that their child is engaged in drug abuse. Some of the indicators are:

(a) Drop in academic performance.

(b) Losing temper over trivial issues.

(c) Being stressed and irritated.

(e) Loss of appetite and weight.

If you have a doubt that someone you know could be taking drugs, try and get them to speak about it. Half the problem will be resolved if they show desire to give up addiction. You could then seek timely advice from doctors and counselors to help them tide over the abuse. And yes, please hold their hand through this difficult journey.

Addiction is a family disease. One person may use, but the whole family suffers.